Harmony and Strings
Seeing The Brothers Comatose live is like having pie for breakfast.

It’s like driving a red classic Chevy conversion van from the Haight Ashbury district of San Francisco to MerleFest in Wilkesboro, North Carolina and back — greeting harmonious spirits, sharing lyrical poetry and blasting dead-on string-band riffs at every bridge, tunnel and turn along the way.

Seeing The Brothers Comatose live is to fall in love with these young men and their music all over again.

Looking forward to seeing the Bros. at the ARISE Festival in August, I can’t help but recall a wintry 2016 night when, WellSpring Publishing co-founder, Jennifer Mandaville, and I seized another opportunity to see them in Telluride, Colorado, at the Fly Me to the Moon Saloon.

Jennifer had written a strong story about the band for the spring/summer 2015 issue of WellSpring’s High Notes Magazine. Our cover teaser for the mag says: “The Brothers Comatose: Know Them Now.” We meant it; we mean it. They are the real deal, all wrapped in a pretty package.

Life on the road is a tough one — cranking out show after show, mile after mile. Having been snowed in Evanston, Wyoming, for a couple of days, the band of five barely made it to a late show in Denver. The next day, they drove their Sprint (“We used to have money; now we have a Sprinter.”) the seven-hours-in-good-weather drive to the mid-week show in Telluride. The following day, they were to drive much of way back to Denver to a show in Vail, before turning back west for a performance in Park City, Utah, and beyond.

Yet they brought their A-performance. Apparently they don’t know any other way. It is in them, of them. Not only are they outstanding players, but world-class songwriters.

Brother Ben Morrison, whose deeply resonant voice is both unique and reminiscent of the great crooners, told Mandaville: “We’re a singing band, not a shredding band.” And sing they can. Layers of harmony blend seamlessly across the stage and dance through the crowd like a dreadlocked millennial.

Having studied and followed these boys during a period of their career that has included more and more invitations to top festivals across the country, the WellSpring twosome felt almost parental pride as the crowd — 95% of them younger than my adult children — pushed and pulsed down front — absorbing the band and performance. A handful of fans bounced in front of the stage, singing loudly to several of the songs. Others — pulled to the music as if to an altar call — were happily dancing, watching and wondering where these boys have been hiding.

They’re not hiding. They are working hard to bring their fearless sound to you. Do yourself a favor and let them.

The Brothers Comatose: Know them now. You can thank me later.

To see them live at a tragically hip Colorado music festival, plan to attend ARISE — an independent, family-run, leave-no-trace festival that takes place August 4-6 at Sunrise Ranch, a 350-acre organic farm and retreat center, located in a stunning Colorado mountain valley just west of the town of Loveland. 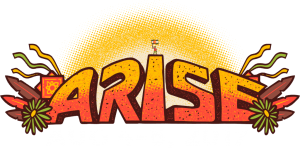