by Dale McCurry on November 27, 2017 in NoteWorthy

I drove away from my Colorado cabin a few weeks ago. It was a noteworthy life development – a cause for pause. I loved that cabin – love the area and continue, always, to love a handful of people who remain there.

But stars and circumstances aligned  in such a way as to make the move make sense. I am, after all, an Ozarks boy, returning to babies and grandbabies and old friends. Wherever you go, there you are, and I am a hillbilly – though quick to point out that’s not synonymous with redneck. “One is geography; the other, a state of mind,” I like to say.

I wrote a column from Colorado called Hillboy in a Mountain Town for Fred Pfister and The Ozark Mountaineer from the time I rolled into Ouray, until the magazine died one New Year’s Day a few years later – my latest installment in the mag’s Inbox. (Show of hands, who misses TOM? Yes, me, too.)

Almost suddenly, the cabin, loved ones, a best friend and the Uncompahgre River was fading in the rearview. “Hillboy” was going “home.”

Was it really a move? I wondered while packing. At the very least, I was leaving my cabin for good, and I was leaving the area for the winter. Maybe more. Probably more. I hoped the stars and circumstances would continue to guide me. It felt a little like that. Guided “Come, Dale, stand here, awhile.”

After making it safely over Colorado’s Monarch Pass, I more or less coasted a couple of days across the Great Plains and onto my native Ozarks Plateau. The Ozark “Mountains” are more a series of valleys than hills. Valleys, ravines and limestone river bluffs, which line the karst region’s ample water, plunge as much as 1,500 ft. deep, dissecting a domed, high plateau that peaks at around 2,500 ft. and covers nearly 47,000 square miles. It is the largest mountainous region between the Appalachians and the Rockies.

My 1999 Subaru wagon was full of dog and what belongings I could manage to squeeze between us – the transmission full of a thick-as-blackstrap-molasses concoction, hopefully tacky enough to hold the tranny together over the Continental Divide and beyond.

It was around the first of October. Fall had expired in the high country and moved down the mountain – not yet making it to where The Outlaw Hazel Rae and I were headed.

Music to my ears

I arrived in Eureka Springs, Arkansas a couple of weeks before Bluegrass Weekend, boasting free music in Basin Park from the world’s tallest bandshell. I rolled into town with the second issue of The Wires and the Wood ready for distribution from NW Arkansas to Springfield.

We had no idea when we pegged Jennifer Mandaville’s latest installment in her series of stories about sibling music acts that the subjects of our cover story in the summer High Notes and the fall Wires and the Wood – Portland, Oregon’s Shook Twins, who on occasion call their music “folk disco” – would be playing two free “bluegrass” shows in Eureka’s Basin Park. Also scheduled to play were the Black Lillies. They are about as bluegrass as Waylon Jennings – frontman Cruz Contreas singing as tragically beautiful.

The other three bands scheduled were traditional bluegrass blueblood bands. It seemed a Colorado-esque bluegrass bill. Colorado where the genres are mixed and stirred like a batch of brownies served up without apology.

Delicious is as delicious does.

Due to the great music (and family) in the park and elsewhere around town, a little day-pass mix-up at the gate and the knowledge that WellSpring graphics goddess-slash-designer diva, Jonica Bridenstine was holding court inside the grounds, I didn’t make it into HillBerry’s Harvest Moon Festival. But the top two-thirds of the bill looked like the bill on a given year at RockyGrass in Lyons, Colorado – top names from the various takes on the alchemic genre of the slashgrasses – from bluegrass to jamgrass and beyond. It all felt familiar and comfortable, even if something was missing.

Relevant “moving back to Missouri” song: 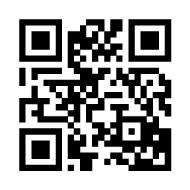