by Jennifer Mandaville on October 5, 2017 in Listen Now 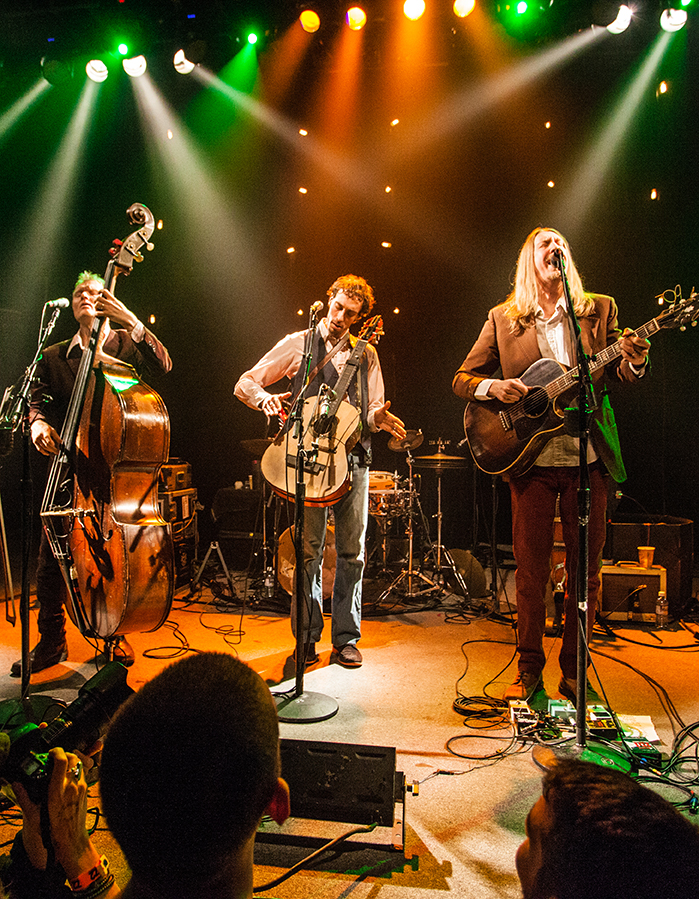 A handful of years ago, I sat in Joe Cocker’s library while Dale McCurry interviewed him about his career and life. Levon Helm’s name came up and, specifically, his home and recording studio in upstate New York known fondly as “The Barn.”

For a couple of minutes Joe shared with us the invitation Levon extended to him to perform and how fun that would be … we agreed how exciting the thought was, and for a moment it seemed we were all going to go … at some point.

And while Joe and Levon have now passed and Dale and I have yet to make it, the Wood Brothers have. They recorded Live at the Barn at Levon Helms Studios, aka The Barn, in Woodstock, New York, on August 19, 2016 (except for “Trouble in Mind,” recorded at Stone Mountain Arts Center, Brownfield, Maine.

According to Steve Wildsmith of the Daily Times “[Helm], the drummer and singer for The Band, that outfit that grew from backing Bob Dylan into one of the first purveyors of that genre known as Americana, was always revered by other musicians; later in life, he turned his upstate New York home into a studio and performance space, and the Wood Brothers were no strangers to the concerts that came to be known as “Midnight Rambles.”

Wood, goes on to share: “He had this amazing energy, and he was just a light.” And while one of those shows is captured for posterity on the band’s new album, Live at The Barn, the time spent with Helm was even more special” Wood told the Daily Times.

To read Mandaville’s feature story about the Wood Brothers, browse our past issues at WellSpringPub.com.